Inspired by true events, this is a film about a childhood friendship, torn apart by the horrific Hamidian massacres infiltrated by the Ottoman Empire. A brave Turkish woman at a time of dire prejudice risks her own life and the life of her family to save her best friend who is hunted down for her religious beliefs.

This epic portrayal spans from 1881 to 1915, Constantinople, taking us on an emotional journey to the last concert given by Archbishop Komitas. A biographical film which takes place on the backdrop of the sacred and ancient music of Archbishop Solomon, also known as Komitas. 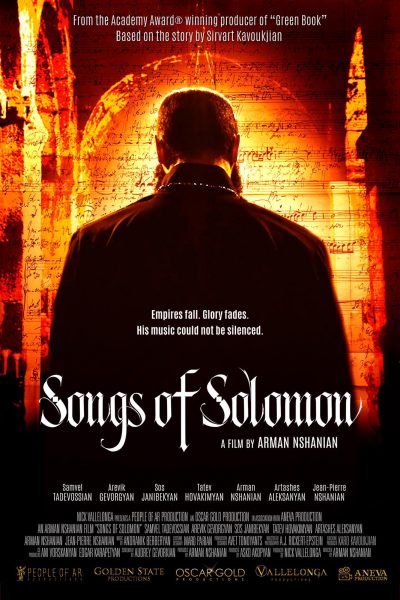 The Songs Of Solomon team will be offering a screening tour at multiple locations across the U.S. This offers the opportunity to showcase the historical story of Komitas Vardabet including his music, work and martydom during the Armenian genocide.